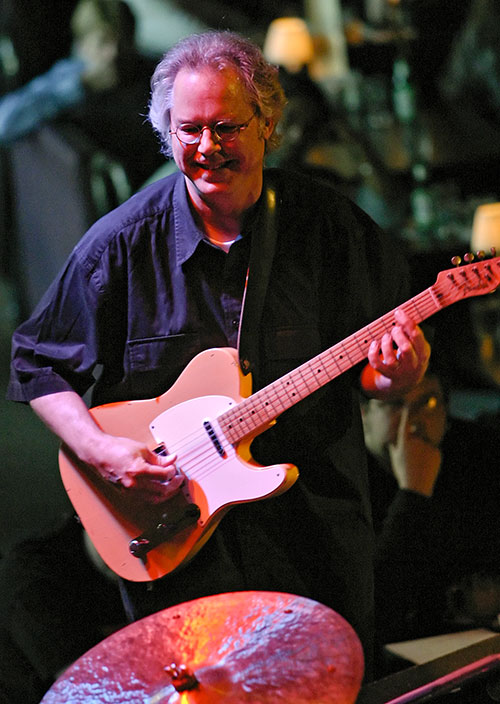 William Richard Frisell (born March 18, 1951) is an American jazz guitarist, composer and arranger. Frisell first came to prominence at ECM Records in the 1980s, as both a session player and a leader. He went on to work in a variety of contexts, notably as a participant in the Downtown Scene in New York City where he formed a long working relationship with composer and saxophonist John Zorn. He was also a longtime member of veteran drummer Paul Motian's groups from the early 1980s until 2011 (upon Motian’s death). Since the late 1990s, Frisell's output as a bandleader has also integrated prominent elements of folk, country, rock ‘n’ roll and Americana. Provided by Wikipedia
Showing 1 - 1 of 1 for search: 'Frisell, Bill, 1951-', query time: 0.03s
List  Tabulka
Search Tools: Get RSS Feed — Email this Search —
Loading...